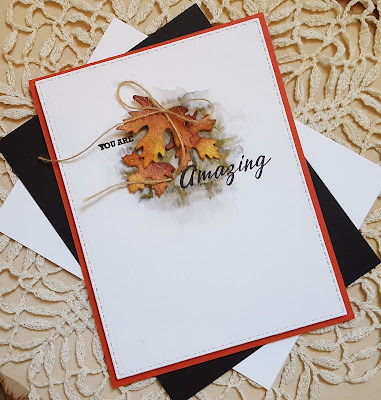 Hello!!   Well the weekend has rolled around once again!  Can't believe that September is half over already... time sure does fly by doesn't it?? While the boys were at school and my hubby was working hard to finish up the boys' bathroom I decided to make a card for a few different challenges.   I love the inspiration photo over at Time Out and when I saw that the new SSS flickr challenge was to use fall colors I knew what I wanted to do.  The layout is based on the current CAS(E) this Sketch so I will be posting it there, as well as at the SSS Wednesday challenge of clean and simple.  Last year I purchased a trio of small leaf dies from Simon Says Stamp and had never used them.  I pulled them out and die cut three from white cardstock.  I then inked them up with some Hero Arts inks in rust, mustard and deep burgundy.  Once I had that done I set out figuring out what kind of background (if any) I was going to use.  An old brick gate/wall figures prominently in the Time Out inspiration photo and so I decided I wanted to create a little brick wall background.   Question was... how would I do that?  I hunted through my stamps and finally found a SSS set that had a small rectangular image that I could use as a brick.  I actually flipped the stamp over and used the backside.  I stamped my "bricks" using a grey Tombow marker on to watercolor paper.  Once I had them stamped I added some additional grey the the "bricks" with the same marker and then blended the ink out with water.  An olive green color was added with another marker and blended out to give it a more aged look.  Once I had it to my liking I let it dry.  The leaves were position approximately where I wanted them and then I placed the sentiment (from the SSS set Sketch Ranunculus) where I wanted it on the panel, picked it up with my MISTI and then stamped it in black ink.  The leaves were then adhered and a little twine bow was added to the top leaf.  I realize that you really can't see my "brick" work, but I think it adds a nice depth to the card and it was fun to do!!  Going to add this to the current City Crafter challenge of turning a new leaf. 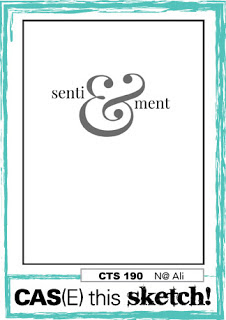 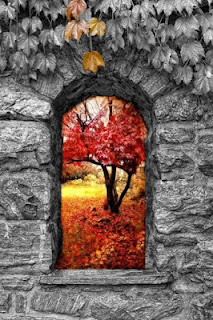 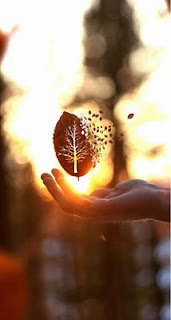 Your CAS beauty is just perfect for our challenge! I love the artsy bg and those pretty colored leaves... Great job, stunning card! Thanks for taking TIME OUT and joining our challenge!

Beautiful card, Rosemary! Thanks for joining us at CAS(E) This Sketch!

Love the way you made your bricks Rosemary, very creative! This is so pretty. It looks like those leaves could just flutter right off of your card!

Oh My! This is sooooo gorgeous! I just wish I could've seen that brickwork in action...

Stunning!! I love the colors, the creative background and the sentiment. So, so pretty.

Rosie, this is so beautiful! Gorgeous CAS design! Love it! Thank you for playing in the SSS Flickr challenge!

This is gorgeous, Rosemary! Wonderful take on the sketch!

totally gorgeous! I am so glad you played along with us at simon says stamp wednesday challenge!

Wow! This card is totally amazing, Rosemary! So CAS yet so detailed. This might just be my favorite card of yours ever :)

Oh it's a gorgeous card! Thanks so much for playing along at CCCB!!

OH, Rosemary, what a beautiful card this is! Every detail is simply perfect! I love it! Sure looks like a "Winner" to me.

Beautiful, Rosemary ... those delicious autumn leaves are gorgeous against that cool (and so creative!) brick wall ... the dimension's fantastic! Delighted to have you playing along with us at Time Out! Hugs, Anita :)

Congrats on the HM at CTS, Rosemary! Yours was my favorite--no disrespect to the winner!

Congrats on the CTS Faves honor! I knew this one was a winner!

This is such a fabulous CAS design and I love how you were inspired by the photo. So glad you joined us at TIME OUT!!

This card was a winner! Congrats on the HM at Time Out, too!