have a beautiful day... 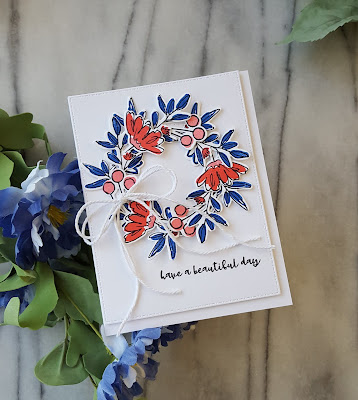 Hope everyone had a nice weekend.  I'm popping in with a card for a couple of challenges:  Color Throwdown and Fab Friday.  I finally created a card using the super sweet Sketched Florals stamp and die set from Reverse Confetti.   I stamped all the little floral images multiple times using VersaFine CLAIR Nocturne ink and then stamped all the solid parts of each image using inks from Catherine Pooler (Coral Cabana, Samba and Blue Suede).   Die cut everything with the matching dies.  I created a wreath using two circle dies from A Jillian Vance Design and then layered on all of the floral images.  I finished the wreath off with a little bow tied from white twine.  I was going to use the sketch from Freshly Made Sketches, but determined the wreath was a little too big and would have looked weird so I went with the layout from Fab Friday.  I stamped the sentiment from the stamp set in the Nocturne ink after diecutting the panel using the largest Stitched Dot rectangle die from AJVD.  The panel was popped up on a white cardstock base with foam tape and then I adhered the wreath using glue.  Ended up a little heavy on the blue, but I love how fresh and crisp the card looks!  Adding this to the Simon Says Stamp Wednesday challenge to use your favorite tool.   I used one of my favorite tools:  my stamp positioner! 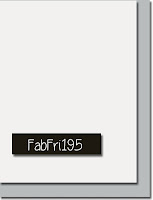 Thanks for stopping by and have a lovely day!
Posted by Rosemary at 4:34 PM 7 comments: 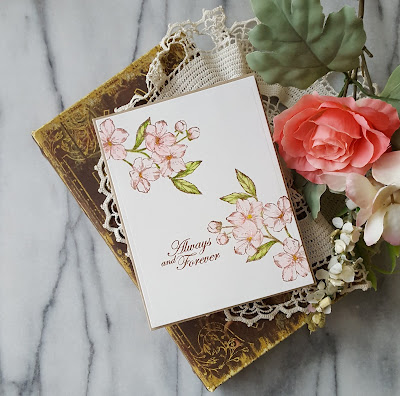 My niece is supposed to get married on September 5th.  Plans have been changing rapidly so I talked to my mother-in-law (my niece's grandmother) about what was happening.  She told me that they are going to have a small wedding with just immediate family and then another small gathering for those who couldn't attend the wedding.   Since they are moving forward I made their wedding card today.  I wanted to enter the card in the Paper Players challenge to make a wedding or anniversary card so I had to get it done.  I used the layout from CAS(E) this Sketch so I will be posting it there, as well.   I used a Stampin Up! set called Forever Blossoms.  I actually bought this stamp set with this particular niece in mind.   I stamped the large blossom branch on smooth bristol with VersaFine CLAIR Acorn ink and then colored very simply with a light pink ZIG marker and a light green ZIG marker.  The sentiment was also stamped with the Acorn ink.  I then die cut the piece with the largest AJVD plain rectangle die and adhered it to a kraft cardstock base with foam tape.  I may add some sequins, but I really like the simplicity of the design. 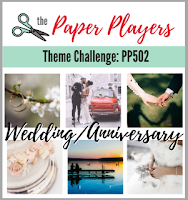 Thanks for stopping by and have a great day!
Posted by Rosemary at 6:39 PM 8 comments: 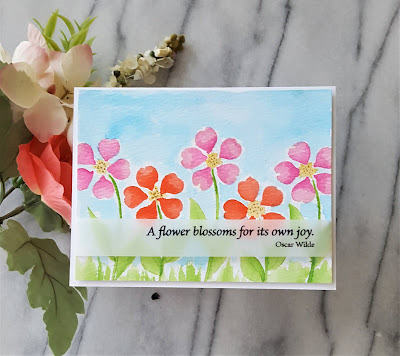 Hello everyone!  You probably already know, but Simon Says Stamp has a new release called Let's Connect.   You can find the new release here.   Simon was so kind and sent me the really sweet Anna's Flowers stamp set.  I created three cards using the set.  First up is a card that I did some watercoloring on.  One of the flowers in the set really lends itself to doing faux no line watercoloring (at least I think that is what is called!).  I stamped the flower across a panel of watercolor cardstock at varying heights using Old Paper distress ink.  I then applied clean water to the petals and colored them with Pick Raspberry and Abandoned Coral distress inks.  The leaves and stems came from another old Simon Says Stamp set and were colored in the same manner.   Once that portion of the coloring was done and dry I added in grass and a sky using Mowed Lawn and Salty Ocean distress ink.  The sentiment was stamped with VersaMark watermark ink and then embossed with WOW embossing powder in Ebony.   It was trimmed down to a strip, wrapped around the card and secured on the back.   I adhered the panel to a white cardstock.  I'm really pleased with how this turned out. 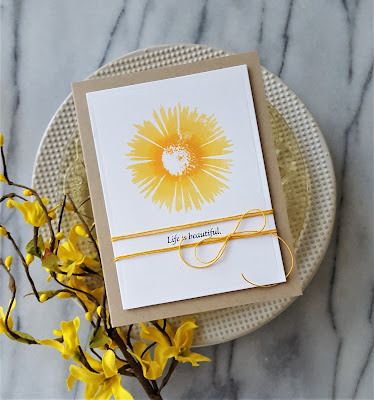 The second card is very simple.  I stamped the large sunflower like image on off white cardstock using four different yellow inks from Altenew.  It is a little hard to tell that I used four, but I did, lol!  The panel was die cut down with a rectangle die.  I arranged where I wanted the sentiment to be and then stamped it with VersaFine CLAIR Nocturne ink.   I used some bright yellow twine to create a border on either side of the sentiment and then added a little bow using the same twine.  The panel was then adhered to a kraft cardstock base.  Clean and simple!  I think this one is my favorite of the three. 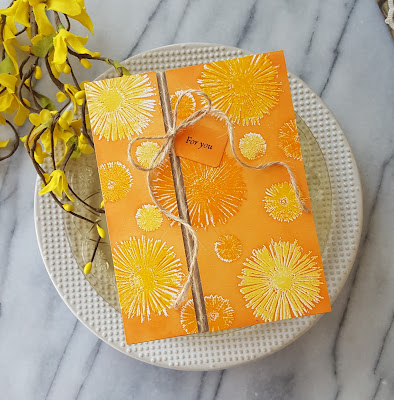 The final card didn't turn out exactly how I thought it would, but it was fun to create!  I started by randomly stamping three of the sunflower like images on white cardstock with various different yellow inks (the same inks used on the second card).   I then prepped the cardstock with an antistatic powder and stamped over the images with watermark ink.  I didn't get them exactly over each image, but I wasn't going for perfection.   I then applied a dark yellow/orange ink over the top and the wiped off the excess ink.  I split the panel and adhered then to a kraft cardstock base leaving a gap that I used to wrap some twine around and tied in a bow.  The sentiment was stamped on a small tag using VersaFine CLAIR Nocturne ink and then inked with the same ink that I used for the background of the panel.  That was then adhered to the card front.

Thanks for stopping by and have a wonderful day!
Posted by Rosemary at 7:48 AM 6 comments:

Hello everyone!  Can you believe that we are already in August?!  Crazy, right!  It is Wednesday and that means I have a post up on the A Jillian Vance Design blog and here is a little peek of my card: 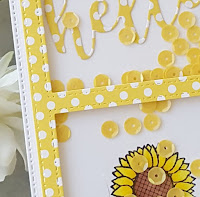 I hope you head over to the AJVD blog to see the full card and thanks for stopping by today.  Don't forget about the Spellbinders BOGO sale going on right now!
Posted by Rosemary at 3:30 AM 6 comments:

Hey everyone!  Popping in to let you know that Spellbinders is having a BOGO sale on select dies.  The sale starts today and runs through Sunday, August 9th.  Just click on the banner to go directly to the sale.   The link provided is an affiliate link. Should you purchase through this link I will earn a small commission at no cost to you.  Thank you for using my affiliate link. 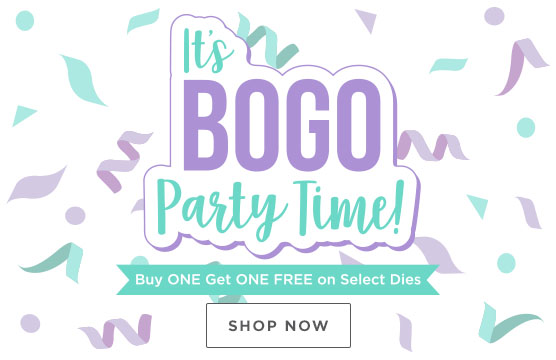 Thanks for stopping by and have a wonderful day!
Posted by Rosemary at 10:57 AM No comments: 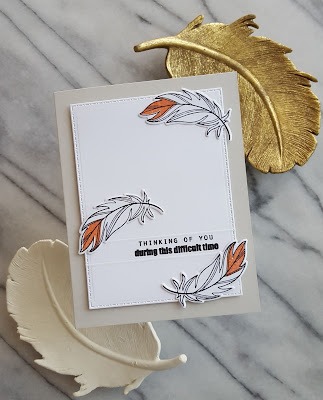 Hello!  Popping in with one of those cards that no one really wants to make... a sympathy card.  One of my very dear friends lost her brother-in-law to COVID-19.  He was a 30 year veteran of the Las Vegas police department and was well respected.  I'm just so sad for my friend and her husband who just lost his big brother.  I used the color combo from Color Throwdown as it was more masculine and lent itself to a sympathy type card.  I used the Altenew Mini Delight: Strength stamp set for the feathers and a sentiment from the Altenew Starry Flowers stamp set.  I found an ink that was close to terracotta to stamp the tip of the feathers after stamping them with VersaFine CLAIR Nocturne ink.  The terracotta ink is from Hero Arts, but I don't know what it is called as it is in cube form and there is no name on it.  The layout is from CAS(E) this Sketch.  I die cut white cardstock using a stitched dot rectangle from A Jillian Vance Design and then stamped the sentiment.   To create the split look from the sketch I embossed lines on either side of the sentiment.  I adhered the panel to a light gray cardstock base with foam tape and then adhered the feathers.  Adding this to the Simon Says Stamp Wednesday challenge of anything goes.

Thanks for stopping by and have a great day!
Posted by Rosemary at 2:14 PM 10 comments: 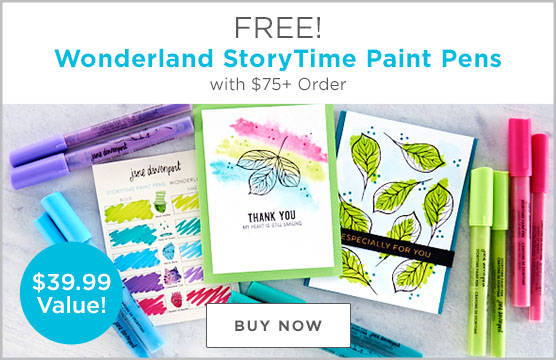