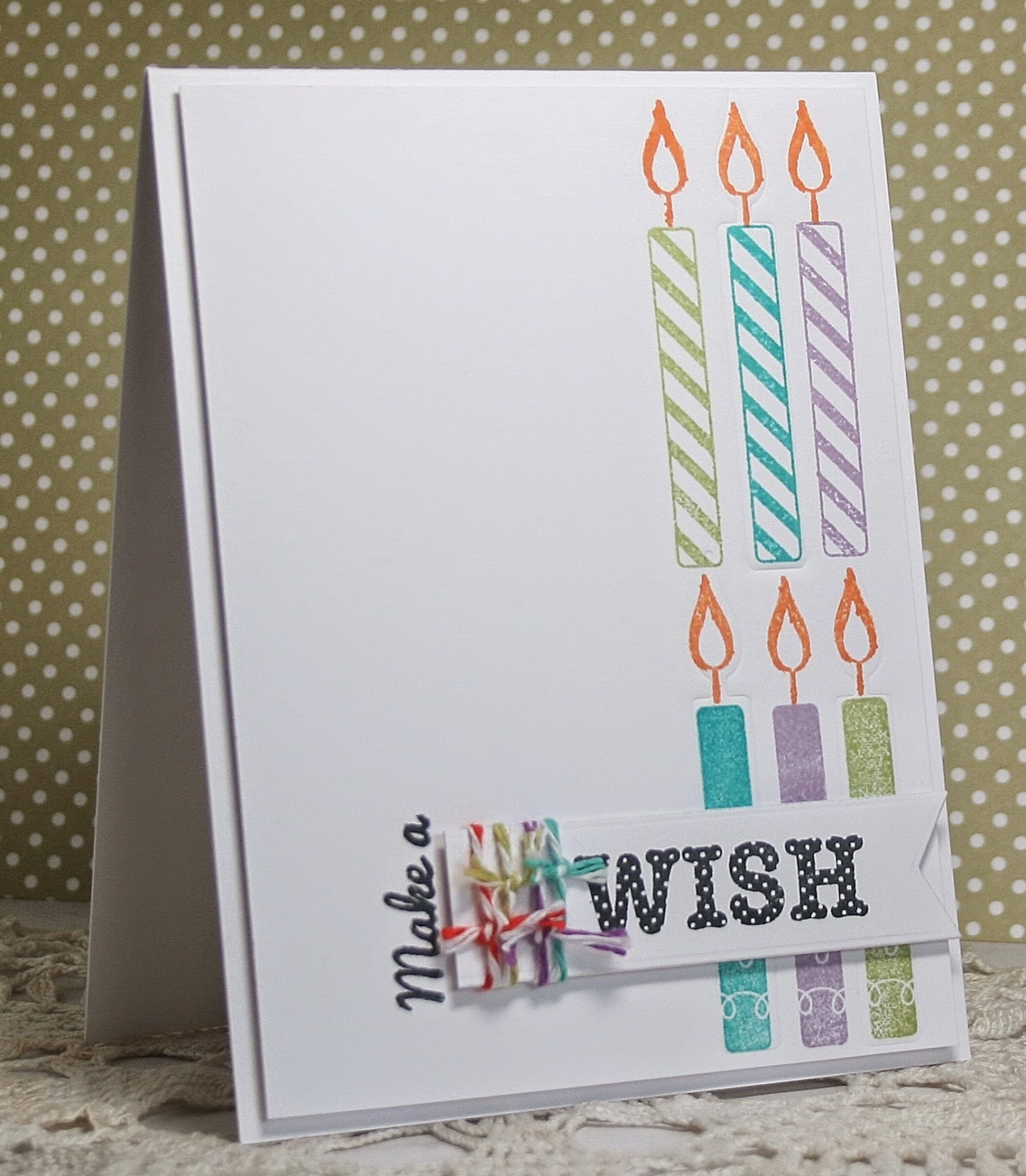 Hey there!!  Friday here in my part of the world and it looks like it will be a nice day, too... YAY!  Last night a large portion of the area where I live lost power for about 2 hours.  It was rather interesting because my boys had to figure out how to entertain themselves WITHOUT something electronic involved!  And they did... I spotted my little guy outside rolling round.. yes just rolling around... in the grass and having a great time!  Have to admit that I was having a bit of a tough time, but I sat down and did some good old book reading!   Anywhoo... I do have a card to share, lol!  Made it for this week's Make It Monday challenge and ColourQ.  Since I used a die cut on it I will be popping it into this week's Less is More challenge (haven't played with them in I think a year!!).  The layout is based on the current CAS(E) this Sketch challenge. 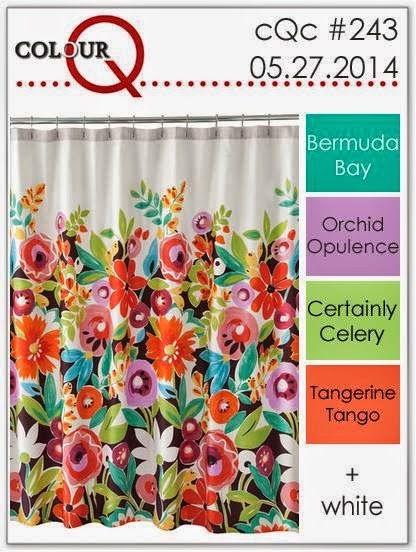 I used PTI Polka Dot Parade #12.  It is the only Polka Dot Parade set I own, but now I'm thinking that maybe I should pick up a few more.  I stamped the candles using the ColourQ colors and then used the corresponding die to deboss around three of the candles.  Thought about doing all of them, but decided to just be lazy and do only three, lol!  Finished things off by stamping the word "WISH" on a die cut fishtail banner, tied on the baker's twine in matching colors and then added the "Make a" portion.   The debossing is kinda hard to see so I have included a detail shot that hopefully shows it up better. 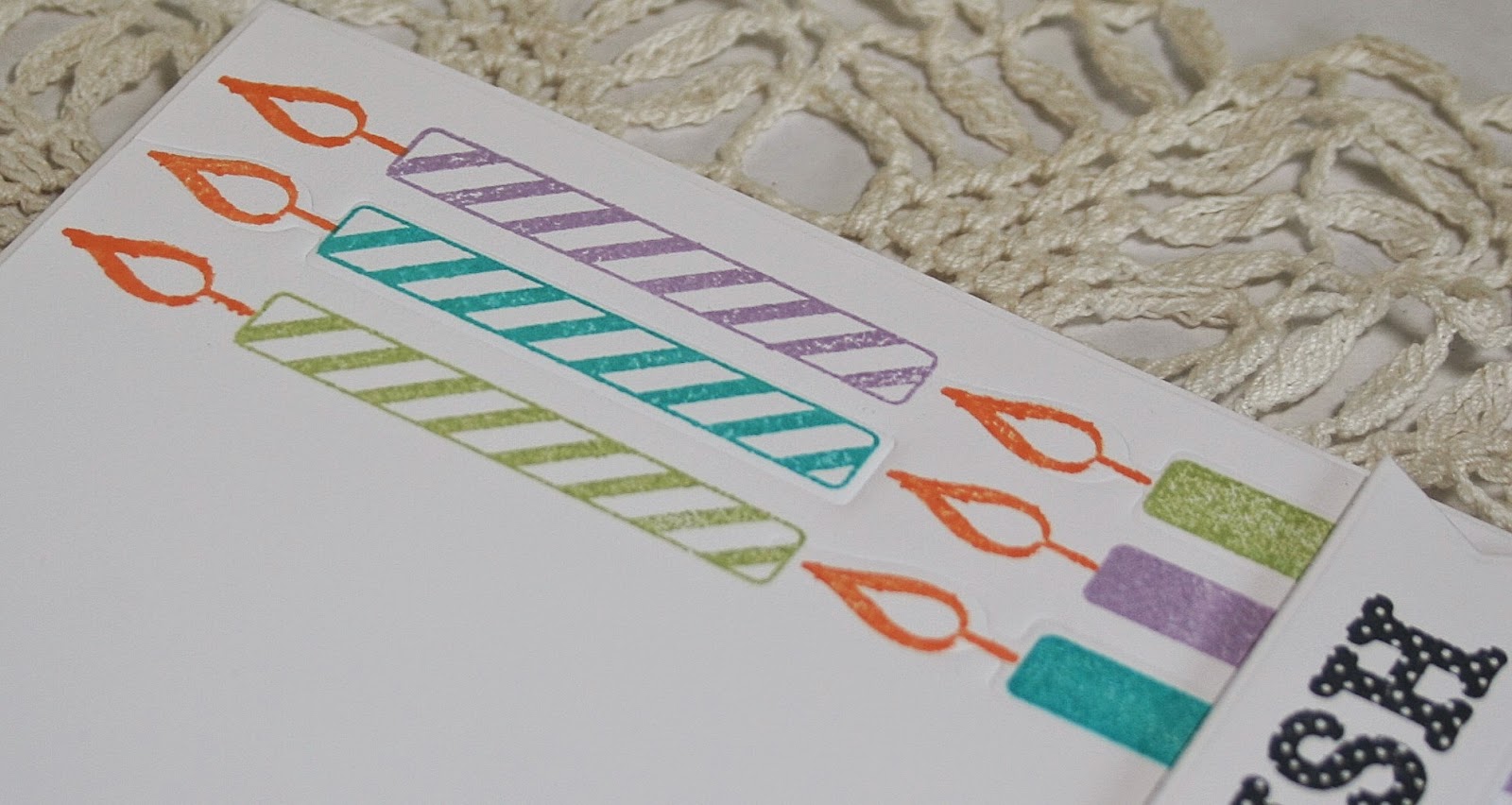 Thanks for stopping by... can't believe this, but as of this post I have only one more post to go and I will have posted 1,000 times!!  That is crazy, lol!!

Yet another fab card Rosie, I am never dissappointed when I visit your blog.Just love your sweet candles/wording and the added twine too. I am lost without the internet how sad am I lol :) hugs Viv xx

Thanks for joining us at Less Is More
Jen xx

Cute card Rosemary, love the polka dot sentiment! Thanks so much for joining us at the ColourQ!

This card is so perfect for every single challenge, the debossed candles look amazing and the banner is such a fun way to add interest :)

I really love how you played with this stamp set, Rosemary! Such a great take on the sketch, and the color combo is fabulous...I also love that you chose solids, stripes and polka dots, too!

Amazing what you find to occupy yourself when you have no power, right? We lost all power for 8 days during a Hurricane in 2012, and it was tough!

Hello Rosie,
A gorgeous card and well within the scope of the less is more genre, great.
Smiles:)
Sue

What fun debossed candles, Rosemary ... love the twine detailing on the banner! Way to go on your 999th blog post! Anita:)

It may have been a while alright Rosemary and we have REALLY missed you!
It's SO good to have you back... don't stay away so long again!
This is as stunning as ever!
Thanks so much
Chrissie
"Less is More"

999 posts?? How awesome is that!! And, I love this sweet card - the three debossed candles are genius. I would do exactly what you did if we lost power; read a book. :)

Can't wait to see your 1000th post. Have a great weekend.

Wonderful card, Rosemary, love those candles and the tied twine! So happy you joined us at the colourQ, thanks for playing.

LOVE how you used the sketch & the colors, Rosemary! Great idea to use candles--really fun card! 1000 posts is crazy amazing--so much inspiration!

Love the card, Rosemary. And wow! 1,000 posts! It's amazing how we assume electricity will always be there .. when ours is off, I still flip light switches out of habit!!

Fab card with the debossing effect and the twines! WOW! 1000 posts! Seems like your weather and mine is almost the same!

Great card, Rosemary! We had a power outage for about three days a couple of years ago. My kids were inconsolable, lol! I struggled, too, but more because the roads were cut by flooding so we were stuck at home and couldn't go anywhere. ;-)

Such a great way to use the sketch - I love the knotted twine!

Rosemary, you used the technique & colors so beautifully!

Sorry to be so late commenting on the die cut challenge
What a super creation Rosemary!
Thanks so much for joining LIM this week
Anne
Less is More Designer

Oh, this is so sweet! Wonderful take on the sketch!

Such a cool card and such a great take on the sketch!! Love that twine on the message!! Way to go!! Come on over to my blog - I am hosting a giveaway for my 50th post!! Taunya Butler at daisiesgirl.com

This is such a creative way to use the sketch. Love it!