Hey friends!!   Popping in with a little card (literally... a little card... it measures 4 1/2 x 3 1/4) for two challenges:  CASology (Cue word - mini) and Fusion.  I used both the sketch and the bows for my mini card.   The little bowties, as well as the size of the card fit CASology. 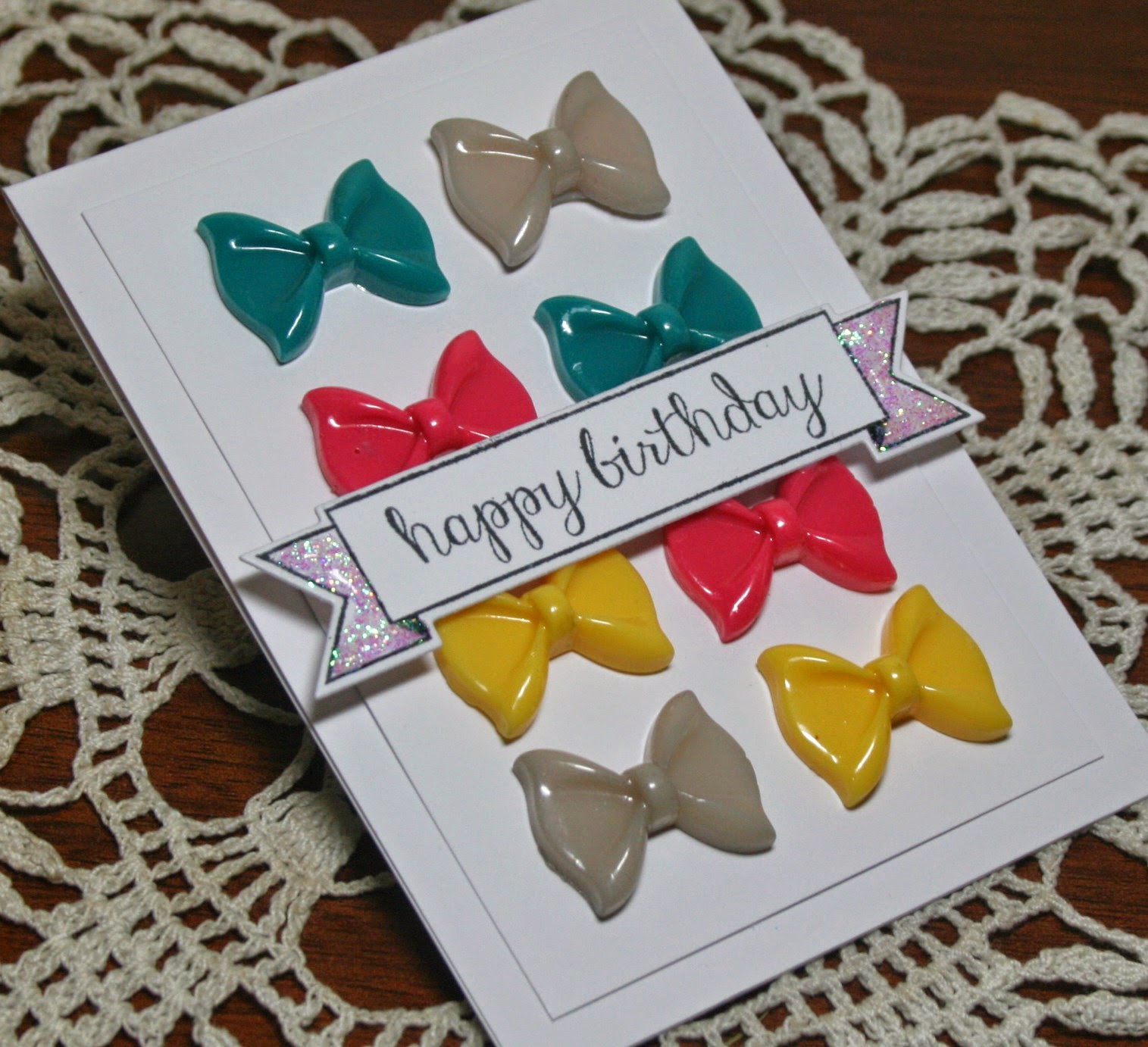 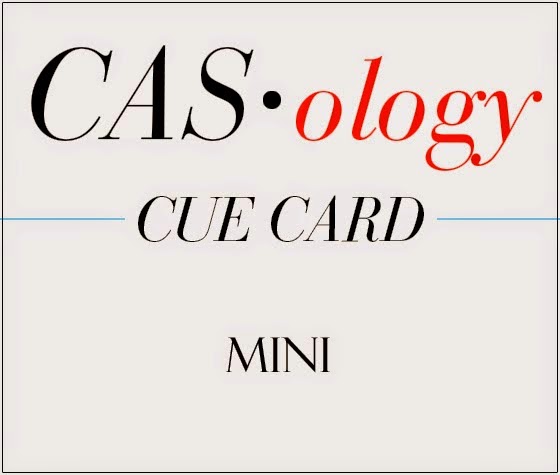 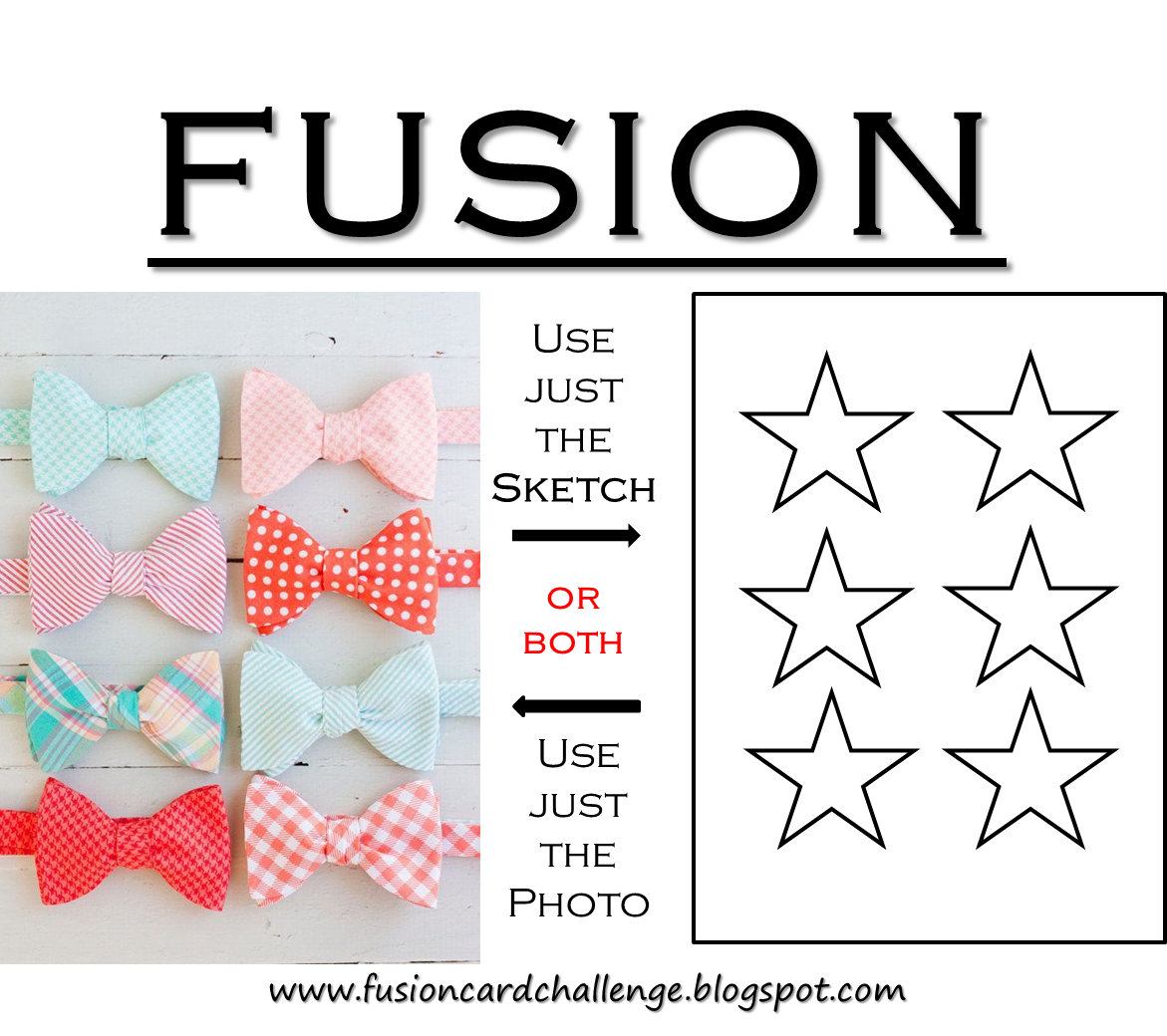 A while ago I purchased a bundle of Amy Tangerine items from Peachy Cheap and one of the items in the bundle was a pack of little resin bows.  Honestly when I saw the package I thought "what the heck am I going to do with those"???  I put them away with the idea that I would eventually given them to my nieces who would probably find some kind of use for them.  That was until I saw the current Fusion challenge.  Now I had a reason to use them.  I cut down a piece of white cardstock to the approximate size of the acetate piece the bows came attached to, adhered the bows to the cardstock and then adhered that to my trimmed down card base.    I wanted to use a sentiment like "tie one on", but I know I don't own a stamp with that saying on it.  So I die cut a banner using my Reverse Confetti Beautiful Banners Confetti Cut, stamped the banner and the sentiment using the RC Beautiful Banners stamp set.  Added some Crystal Stickles to both end of the banner and adhered it to the front.

Perfect use of the little bows--darling card, Rosemary!

Those bows are really cute and fun Rosi. Love that color.

Beautiful, I love all the colorful bows!!!!

Oh my gosh, your mini bows are so sweet, Rosemary! Perfect for both challenges, too...Love it!

What a great use of those bows! Such a sweet card!

Great use of the bows and love the all the colours!

Great colors and those mini bowties are adorable!! Way to go on meeting two challenges with one card!!!
Taunya Butler
daisiesgirl.com

Fabulous mini bows and such a lovely colour scheme too! Thanks so much for having a little fun with us at CASology this week!

Totally ADORABLE Rosemary!!!! Love this for BOTH challenges!!!! Yay!!!

So glad you didn't give those resin bows away too quickly, they look wonderful here on your card! So perfect for the challenge to. Thanks so much for joining the Fusion Challenge, Rosemary!

Those bows look good enough to eat! how fun!

Love the plastic bows on your card. Great job. Thanks for playing along at the FUSION card challenge and hope to see you again.