Christmas and Thank You... 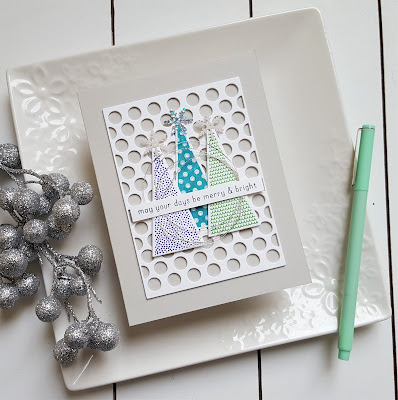 Hello!  Got some crafty time in and made a Christmas card (yay... one more down!) and a thank you card.  First up is my Christmas card.  This one is for the Paper Players and Reverse Confetti's stock your stash challenge (holiday/winter).  I used the Reverse Confetti Triangle Trees stamp and die set along with another die from Reverse Confetti Polka Dot Panel.  My idea started out a little differently then the resulting card and for a time as I was trying to make the card I didn't think things were going to turn out well.  But in the end I was able to bring the card together in a way that I liked.  I stamped the trees in the Paper Players color combo and die cut them with the matching die.  The sentiment was stamped on white cardstock with VersaFine CLAIR Nocturne ink and trimmed down.  I die cut the Polka Dot panel three times from white cardstock and then adhered them together.   The tree with the polka dots had little dots of Nuvo Crystal drops added and when everything was dry I added little snowflake sequins to the tops of each tree.   After arranging and adhering the trees to the polka dot panel I started to have trouble when I began trying to arrange the silver thread.  Thankfully I was able to get it on the card and it didn't look awful!  The panel was then adhered to a light gray cardstock base. 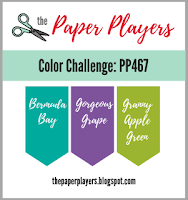 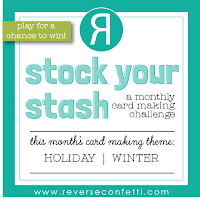 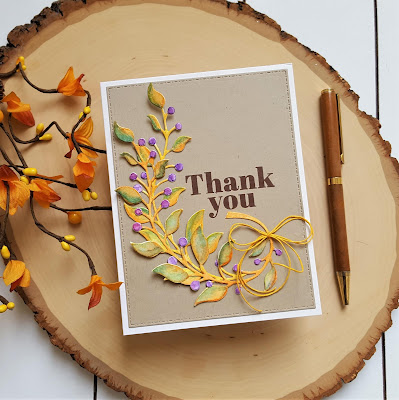 The second card is for the current Sunday Stamps challenge (a beautiful color palette... hopefully I got the colors right and the Simon Says Stamp Wednesday challenge of Thanksgiving/thank you.  Last year my dear friend Greta was so kind to share with me a large prize she won and I was able to get the Penny Black Berry Flourish die.  I finally got around to using it (hangs head in shame) for this card.  I die cut it twice from watercolor paper and then used my Kuretake Gansai Tambi watercolors to color the leaves and the berries.  Hopefully you can tell that I did use at least four of the colors.  Once the branches were dry I arranged them on a piece of kraft cardstock that I had die cut with a rectangle die so I could determine where to place the sentiment.  The sentiment is from the Simon Says Stamp Thankful Flowers stamp set and was stamped with VersaFine CLAIR Acorn ink.  I then glued the branches in place and added the little bow tied from some beautiful golden yellow twine from Spellbinders/Fun Stampers Journey. 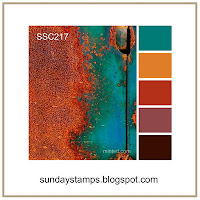 Thanks for stopping by and have a wondeful day!
Posted by Rosemary at 11:37 AM

Oh, this is a lovely use of our colors - love that graceful stem and bold sentiment! Thanks so much for playing at Sunday Stamps!

Wow, wow, wow--you're an amazing designer, my friend! Really love the modern tree card--fun! The PB die was made for you! Gorgeous thank you card!

I just posted a tag inspired by those RC trees! Your card is wonderful Rosemary, I like the polka dot panel. And holy smokes to your second card! The colors are marvelous. What a beauty!

Rosemary, I love the polka dot background and the funky trees! Such a fun card! So happy you joined us at The Paper Players this week! XX

Your second card is gorgeous for Sunday Stamps! What a fantastic way to use the colors. Thank you for playing along with us! XX

This is gorgeous! I love the coloring on the watercolor paper, and the purple berries are perfect. Thanks for joining Sunday Stamps this week.

Oh! my goodness these are just Gorgeous cards, so different of course but Fabulous.
Faith x

I'm not sure what you had trouble with on the Christmas card, but your result is terrific! I also really love the colors on your Fall card, and it is terrific!

Rosemary your modern graphic trees look great in these bright colours and I love the dotty diecut too. Thanks for sharing with us over at The Paper Players this week! 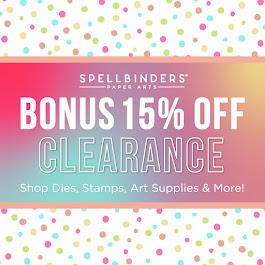