Hello!  It has been awhile, I think, since I last posted.  But here I am with two more cards I made using new products from the Spellbinders September release.  These cards were created using new products from Becca Feeken's collection called Christmas Flourish.  You can find the entire collection here.   First up is a card I made using the new Merry Flourish die set.  (An affiliate linked list of products will be at the end of this post.  Using my links allows me to earn a small commission at no cost to you.  Thank you for your support.) 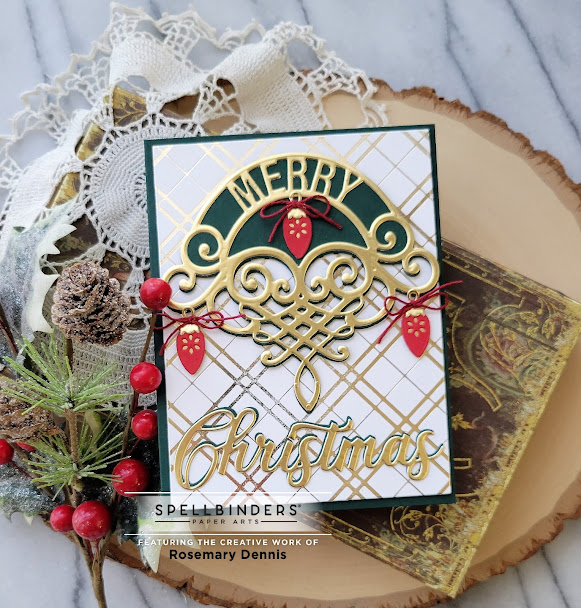 This card uses the Merry Flourish die set from the Christmas Flourish collection along with a foiled panel that I made using the Plaid Tidings Glimmer hot foil plate from a previous release.   The large flourish die has inserts that allow you to cut out the word merry as well as a piece to provide an additional opening.  I used both those dies to cut the top flourish from gold metallic cardstock.  I removed those inserts to die cut dark green cardstock to layer behind the gold flourish.    I also die cut the word Christmas from the gold and dark green cardstocks.  I then adhered each die cut together slightly offsetting so you can just see a peek of the green on the word and parts of the flourish.  This was then adhered to the foiled cardstock panel.  The die set also includes dies to cut two types of ornaments.   Each ornament has three different inserts, as well.  I used one insert to die cut each ornament from red cardstock that was back with gold.  I finished off the card by adding the ornaments topped with a little red twine bow. 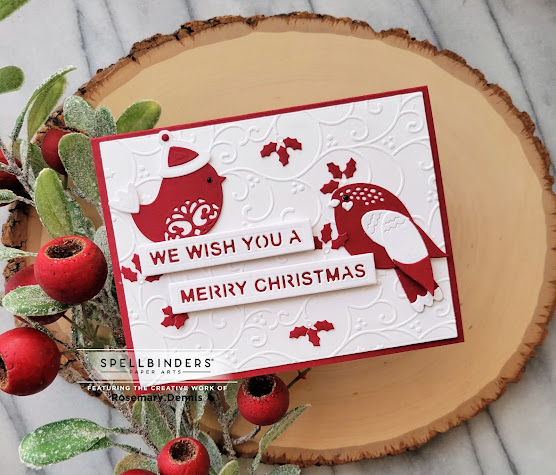 My second card uses the Sugarplum Tweets die set from the collection along with the Holly Flourish embossing folder.   As I was playing around with the dies and figuring out how the birds went together I decided to go with a red and white color scheme.    I'm going to be honest and tell you that I struggled with creating this card.  I'm still not really satisfied with how it turned out.   I started by embossing the white cardstock with the Holly Flourish embossing folder.  Then I die cut the sentiments from the set from white cardstock and then backed with red.  The same was done with the bodies of the birds and then I just alternated how I would use the red and white cardstock on the birds.  I think the thing that I don't like about the card is my decision to add the little red holly leaves on the background.  But it is what it is.  Let me know what you think.
Affiliate linked list of products used:
Platinum 6
Glimmer hot foil system
Gold Matte foil
Sugarplum Tweet die set
Merry Flourish die set
Holly Flourish embossing folder
Plaid Tidings Glimmer foil plate
Mirror Gold cardstock
Bearly Art Glue
Scrapbook by 3L thin foam squares
Thanks for stopping by and have a lovely day!
Posted by Rosemary at 7:22 AM

Just love all the gold on card one with the trio of red ornaments, Rosemary! And what darling birdies on that crisp white embossed background - love!

The die for the first card is so unique & beautiful! Love how elegant it is with all the gold! The little birds are so cute & love them done in red & white! I really like the card with or without the red holly leaves!

Wonderful cards and designs Rosemary, impressive flourish die on your first card, love the little baubles. Your red and white is gorgeous. What lovely die cut birds. And I do like the holly.
Faith x

Two really beautiful cards -- love the plaid foiling and the birds are just too sweet! 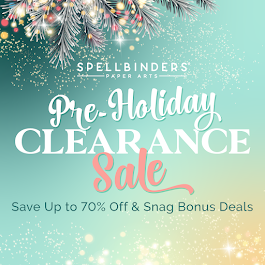